Cameroon has been witnessing recent crises in which thousands of civilians have been internally displaced amid violence in the context of the Boko Haram insurgency in the country’s far North and separatist related violence in the North-West and South-West regions.

In the far North region, the security situation remains dire, with continued attacks and incidents involving Boko Haram elements. While the number of such attacks have decreased over the last years, the situation there remains fragile and the humanitarian situation bleak, with some 227,581 people internally displaced.

In the South-West and North-West regions, the recent escalation of fighting between non-state armed groups and defence and security forces has also led to major destructions of villages,  infrastructure and instilled a climate of insecurity with negative impact on the civilian population and the enjoyment of all of the human rights. As a result, about 350,000 people are estimated displaced across the South-West and North-West regions of Cameroon, living mostly in surrounding forests and villages in search of safer areas. Others are living in host communities scattered in other parts of the country including urban areas. An additional 26,891 people have been forced to flee into neighbouring Nigeria. These populations are in dire need of humanitarian assistance and protection. Their deteriorating living conditions, including inability for children to attend schools, difficulties to access food, water, health and other basic needs and services coupled with reports of gender-based violence faced by women IDPs, and other abuses and human rights violations require robust action to address their situation. 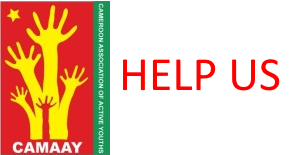 We, the Cameroon Association of Active Youth, also known as CAMAAY, are a non-profit non-governmental organization. We operate within the Northwest and West Regions of Cameroon (Oku, Bali-Nyonga, Batibo, Bafoussam, Bamenda, Santa, Babessi, Bali-Kumbat, Tubah) with our headquarters situated in Oku, Bui-division. We operate in an area with nearly 3 million people and provide educational, advocacy, charity and developmental activities … Learn more

Create a website and earn with Altervista - Disclaimer - Report Abuse